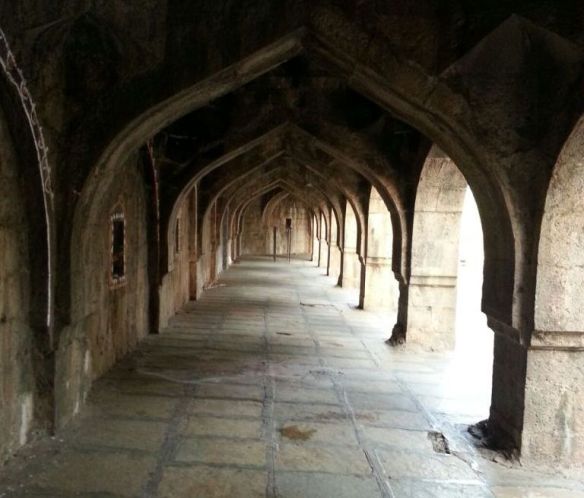 In the excitement of sharing vast information sometimes you get confused and struggle to find a take off point. Same was the case with Mahuli. There is so much to reveal and express. But this time that chaos has brought the clarity and harmony. Let us continue the amazing kaleidoscope of temples, greenery, Krishna river, farms, people and heritage in Kshetra Mahuli Part 2.

On the river banks of Kshetra Mahuli, RadhaShankar temple is situated. This temple was built in 1762 AD by Radhabai Taisaheb in the memory of her husband Shankararao Pantasachiv. Surprisingly Nandi idol is on the same square of the temple structure here, usually it is built separately just outside the Shiva Temple. On the left hand side of the door Ganesh Murti is there. Ganesh idol is also carved on the main entrance of all these temples underlining the fact that this deity had the immense importance in the Peshwa era and was most worshipped. 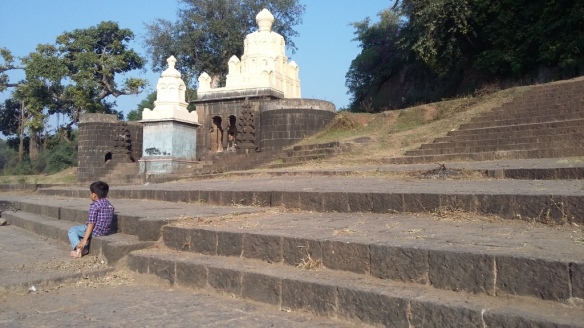 There is also a Hanuman idol coloured in saffron colour. Some different stone carvings could be seen in this temple. 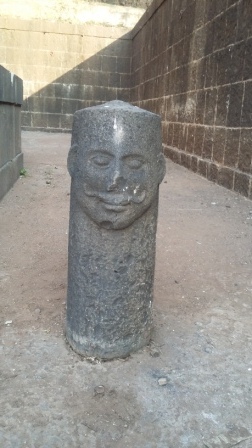 The columns in this temple have lotus design and remind us of the wooden carvings of palaces or wadas. In the inner sanctum Shivling is there. Two towers  of light are there(Deepamala) 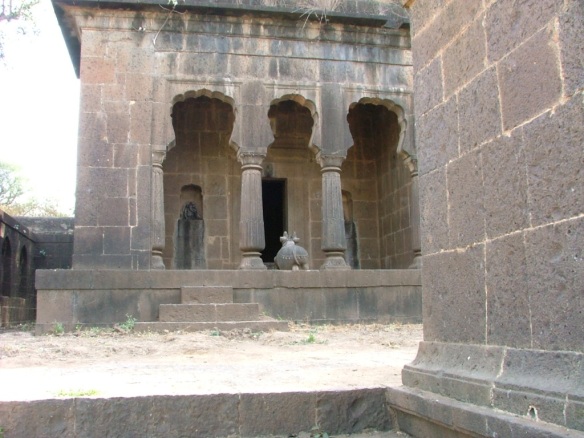 Very near to this place is self manifested Ganesh.

Behind the Datta Temple there is Badrinarayan Mandir built in 1905 AD  by Radhabai Joshi/ Moropant Joshi. Once a very big and beautiful temple, it is in ruins now. 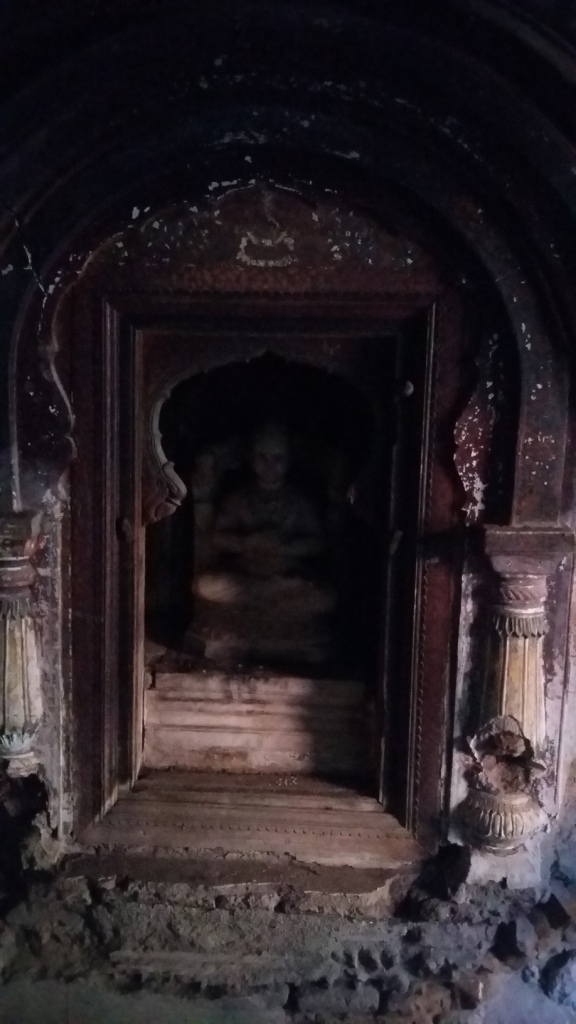 History would be incomplete without ruins, they tell us a story of the past. But isn’t it important to preserve and look after these forgotten places?

Built by Parshuram Anagal in the 17th century Rameshwar temple is an elegant stone temple. Impact of Mughal architecture can be easily noticed by looking at the domes of this temple. This temple has a vast courtyard as compared to other two temples of Kshetra Mahuli. On entering the temple premises one shivling is seen. The Nandi idol here is bigger and carved with heavy bells design. Inside the sanctum sanctorum the main Shivling is there.

Mahuli is a pilgrimage centre, hence the name Kshetra Mahuli. It is also known as Dakshin Kashi. On one bank of the river, Kashi Vishweshwar temple is situated and on the other bank, Rameshwar temple. On visiting both the temples one would get the punya of visiting Tirthakshetra (Pilgrimage centre)

Kashi Vishweshwar temple is an amazing example of temple architecture. It is a magnificent piece of art. 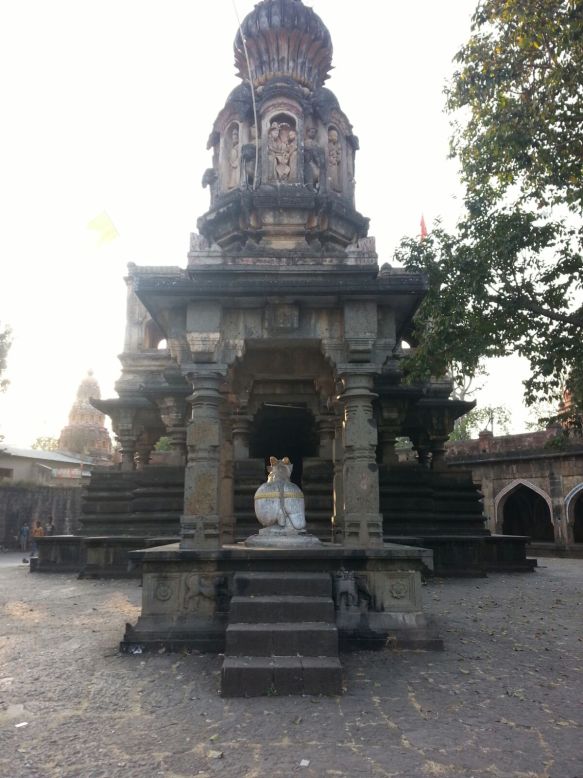 The Nandi idol has been recently painted in white and golden colour and the square on which it is placed is also worth watching. Various designs are used to decorate this square and the design is not even repeated once.

Inside the temple numerous columns are beautifully decorated with diverse designs of parrots, peacocks and swans.

Outside the temple huge deepmala (tower like structure where oil lamps could be kept) is there which is approximately 45 to 50 feet in height. 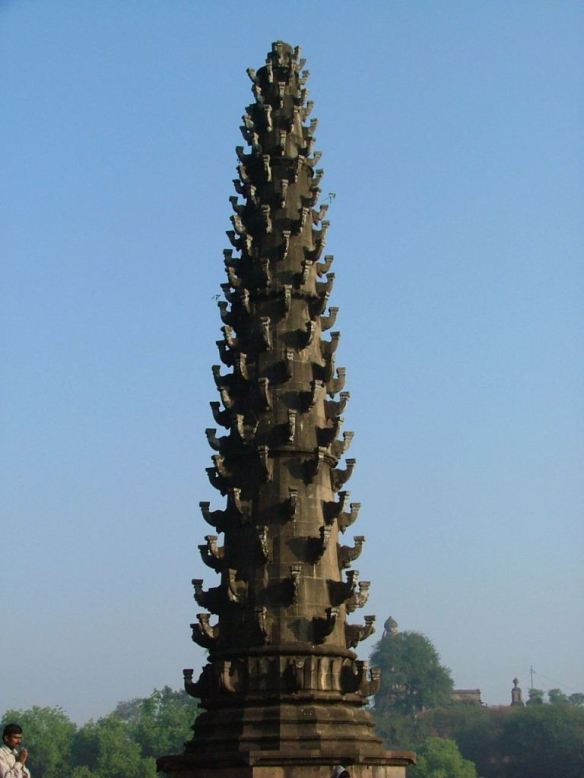 Krishna river (4th biggest  river in India after Ganga, Brahmhaputra and Godavari) originates in Maharashtra near Mahabaleshwar. With its most fertile soil no wonder it is regarded as Lokamata (Mother) by people. Krishnabai Utsav is celebrated in different places in Wai, Mahabaleshwar , Limb, Kshetra Mahuli, Sangam Mahuli, Karad, Amanapur, Narsinhwadi even till Karnataka. This celebration starts from Vaishakh shudh Ekadashi and ends on Vaishakh Pournima as per the Hindu calendar which usually falls in the month of May. 5 days of celebration are filled with Bhajan, Kirtan, Katha Kathan etc. During this celebration various competitions take place. Various camps are organised such as Blood donation, free medical check up for needy people, uniforms and books distribution to the poor and deserving students.

This type of festivity takes place almost in each village and town where ever Krishna river is present. People from all age groups and all social strata participate in this. The jubilation and glee of the place is contagious. Large number of people have now migrated to bigger cities like to Mumbai and Pune , but they flock to Kshetra Mahuli  during Krishnabai Utsav. This shows the immense faith and love for their native place.

There is a connection of this celebration with Shivaji era. There was a priest called Shendye Shastri  in Wai. He had pleaded to the Krishna river to protect Shivaji Maharaj from the mighty and evil Afzalkhan. Afzalkhan had started his journey towards Shivaji Maharaj’s capital and was destroying the pilgrimage centres on the way. He had a huge army with him and anticipating this danger Shivaji Maharaj shifted his headquarters  to Pratapgad. As we know Shivaji Maharaj with his guerrilla war fare techniques killed Afzalkhan and destroyed his huge army.

This Shendye Shastri took a vow to Krishna river saying that if you save our king from this difficult phase we will celebrate your festival every year on all the banks where ever you appear. His wish was fulfilled and from that time this celebration takes place every year without any break.

Near Kshetra Mahuli there is a place called Krishnadham. This is an Ashram of Yogi Krishnanad maharaj. This place is a picture perfect beauty. The winding steps here lead you to a tranquil and soothing place very near to the river. This will make you forget about your worries and will take you in a trance.You will feel like never leaving this place.  I wish to relish every moment spent here.

Kshetra Mahuli would impress the travelers of various interests. It has been a shooting location for some superhit movies like Sant Tukaram, Gunj Uthi Shahanai etc.

Many persons of national presence and historical importance belong to this place. To name a few Shrirang Jadhav, an Olympic wrestler who participated in Helsinki Olympics, Kirtankar of national fame Govind Aphale and Charudatta Aphale who delighted the entire nation by their auspicious and divine compositions and above all Nyaymurti Ramshastri Prabhune who was famous for his impartial and fair justice in the court of Madhavrao Peshwe.

Ramshastri Prabhune  even told Madhavrao Peshwe that now he has accepted the Kshatriya dharma so his duty should be to govern and protect his subjects and he should not spend so much time in religious processes/ rituals. Because of his fearless and outspoken nature he did not hesitate to tell Raghoba dada Peshwe (Raghunath Peshwe) to take the death penalty (dehant Prayachitta) for his involvement in the murder of Narayanrao Peshwe. Such a courageous person who would not spare even the supreme authority is difficult to find these days. 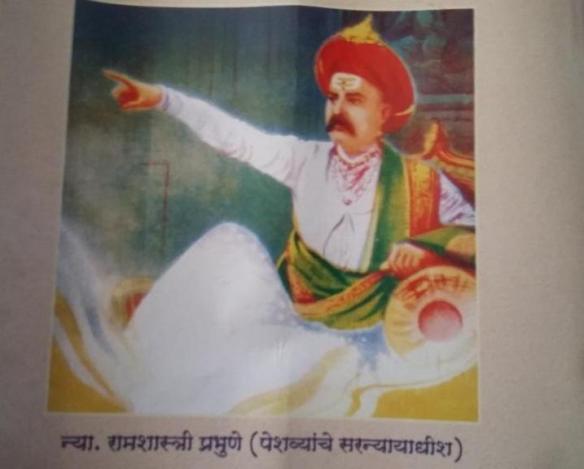 Mahuli got its reputation in Peshwa era primarily because of Ramshashtri Prabhune.

This was a short tale of this sacred town of Kshetra Mahuli. It is one such landmark which has historical tales, architectural splendor and jubilant people. Do take out time and visit this place.

Don’t forget to  take kandi pedha of Satara (Yogesh Sweets Modi Pedhewale and Ladkar are well known) and famous brinjals of Krishna banks on your way back.

References: Document Nyayadewata published in 1979 and Lokmata document published in 2005 and discussions with noteworthy mahulikars